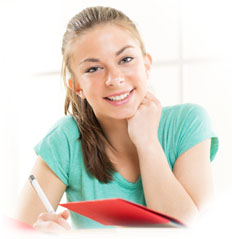 A speaker of one Romance language faces unique challenges when learning another. Among these is the false sense of security created by the large number of similarly-spelled words with similar meanings. These similarities make the need to be on guard against false friends all the more important. Spanish and Italian, with their shared linguistic history, are no exception to this rule. Below are thirteen pairs of Spanish and Italian false friends which either have identical spellings or differ only by a single letter.

In Spanish, barato means “cheap.” In Italian, however, this same word means “cheated.”

Burro means “donkey” in Spanish but “butter” in Italian.

The Spanish verb guarder means exactly what a native English speaker might expect: to guard, to save, or to keep. The Italian verb, on the other hand, means “to look.”

The Spanish the verb parar means “to stop.” The Italian parare can mean “to adorn or to parry, shield, ward off, etc.”

This is yet another situation where a word in one language is an English cognate while a similarly-spelled word in another language is not. The Spanish oficina translates, intuitively, to “office.” The Italian officina, meanwhile, has a less obvious meaning. This word is equivalent to the English “workshop.”

Pesca always means “fishing” in Spanish. In Italian, the word can mean fishing (if pronounced with a closed “e”) but more commonly means “peach.”

The Spanish verb salir means “to depart, to leave, or to go out.” The Italian verb salire means “to go up,” in the sense of ascending, climbing, or rising.

Speaking of going up, the Spanish word that expresses this action is subir. The unrelated Italian verb subire means “to endure, to suffer, or to undergo.”

Sembrar means “to sow, to seed, to plant, or to bestow” in Spanish. The Italian sembrare, on the other hand, means “to appear, to look, or to seem.”

Tras is a Spanish preposition meaning “after, behind, or beyond.” (It can also be a shortened form of trasero, which means “rear” or “backside.”) The Italian preposition tra means “between, among, or amid.”

Topo means “mole” in Spanish but “mouse” in Italian. Neither word can mean “top,” but confusingly, the Portuguese word topo can.