Approximately 59 million people speak Italian as their first language in the European Union. While the majority live in Italy, the language is also spoken in other EU countries, including Switzerland, San Marino, and Vatican City. Another of the Romance languages, Italian shares much in common with French and Spanish. Like English, the Italian language is written left to right. Italian uses the same 26 letters found in the English alphabet, although j, k, w, x and y are used only for words borrowed from other languages. Sharing many Latin roots with English, many similarly spelled words mean similar things in the two languages. However, this presents the same problem for native English speakers as the other Romance languages do: false cognates, words that appear to be related but actually have different meanings. 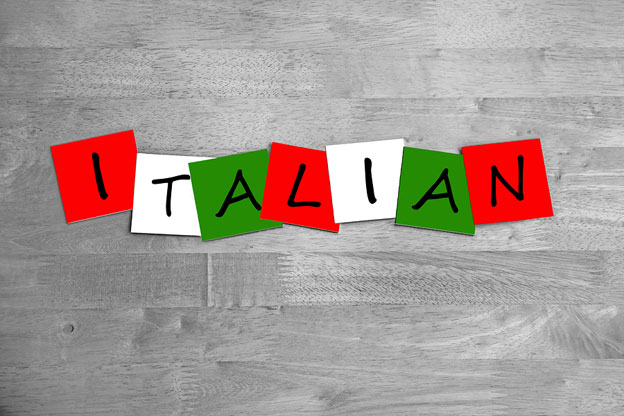 Italian syntax has a greater degree of fluidity than English, which has comparatively rigid sentence structure. Italian is a more phonetic language than English, which means translating written words to their spoken equivalents is more straightforward. However, this also means that native English speakers can have problems remembering to pronounce (and write) double consonants, as their first instinct is to make the second consonant sound “silent” as they would in their mother tongue. Native English speakers often struggle with the use of prepositions for the exact opposite reason: Italian has little logical or consistent use of prepositions, and these inconsistencies do not line up with those found in the English use of prepositions. Speaking naturally in Italian also requires memorizing various informal terms and phrases. These parts of everyday speech generally do not follow specific rules, nor do they translate particularly well into other languages. While it is technically possible to speak the language without them, non-native speakers who do so risk sounding overly formal or bookish. Finally, like the other Romance languages, subject pronouns are regularly omitted. Italian verb endings convey mood, tense, person, number, and even gender in some cases, so including the subject is generally considered redundant unless the goal is to add emphasis.

The Language Island offers comprehensive, one-on-one instruction for students at every point on their journey to learning Italian. Tutors work with a student to develop an individualized lesson plan tailored to his or her needs. Our tutors are passionate, caring and highly fluent in the languages they teach. They pride themselves on connecting with their students and being able to carry on fluent, natural sounding conversations entirely in the language being taught. Entry-level classes are taught in both Italian and English, with an increasing amount of Italian being used as a student becomes more comfortable with the new language. Intermediate and advanced-level students can take advantage of full-immersion classes, where the course is taught entirely in Italian. Our tutors use only the best materials available. They have sorted through the fads and gimmicks to find the most effective techniques that have truly stood the test of time.