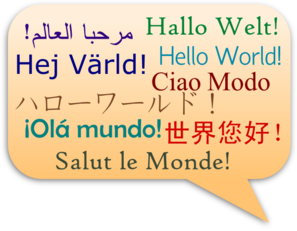 Some words just don’t translate well into other languages. Usually, these are words that have very precise, nuanced meanings, making literal translations nearly impossible. Italian is no exception in this regard. This week, we’re going to cover a half Italian words for which there are no direct English equivalents.

This masculine noun refers to the drowsiness you sometimes feel after eating a large meal. L’abbiocco is analogous to, but less severe than, a Thanksgiving Day “food coma.”

Culaccino is the ring shape mark of moisture left on a table by a cold glass. Depending on the context, culaccino can also mean the sediment left in the bottom of a glass or the end of salami or loaf of bread.

Believe it or not, Italian actually has a word specifically for the American stereotype of the “cat lady.” Gattara describes an elderly woman who feeds stray cats and/or lives with multiple cats. If you would like to describe a man who has a lot of cats or multiple “cat people,” Italian has you covered as well. The masculine and plural of gattara are gattaro and gattari, respectively.

When translated literally, maragi means “maybe.” When used as an interjection or exclamation, however, the word expresses a strong desire or wish for someone or something. In this context, it’s a bit like saying “I wish that were true” or “if only that were the case.”

This intransitive verb is derived from the Italian word for noon, meriggio. It essentially means to escape from the hot midday sun by resting in the shade. The meaning is similar to, but not exactly the same as, the Spanish noun siesta.

Derived from qualunque, which literally means “any, whatever, or whichever,” qualunquismo is a deep distrust, skepticism, or apathy toward politics. The word has its origins in Fronte dell’Uomo Qualunque, a post World War II Italian political party/movement intended to offer an apolitical alternative to both far left and far right political ideologies.