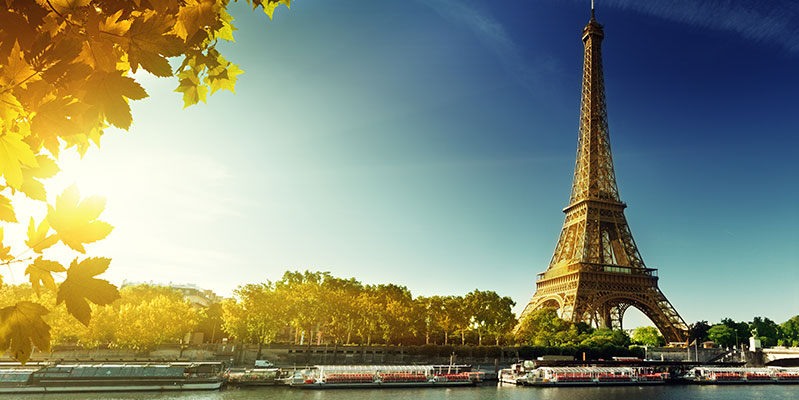 This week, we’re going to revisit the topic of one our earliest lessons: faux amis, or French false friends. Faux amis are especially tricky because modern English contains many words of French origin. It’s only natural to assume that a French word has the same meaning as a similarly-spelled English word. Watch out for following common faux amis, and remember to always check the meaning of a familiar-looking word before using it.

The French défiler means “to pass,” in the sense of moving past or processing. It does not have any of the negative connotations of the English defile, which means to debase, degrade, profane, or spoil.

Take care not to confuse these false friends. The English delight means “(to give) great pleasure” and is always positive. The French délit, however, refers to a crime, offense, abuse, felony, misdemeanor, violation, or another form of wrongdoing.

While these false friends are related, they represent different parts of speech. The English word is a noun meaning “a person who employs others.” The French word is a verb meaning “to use” and is equivalent to the English verb employ.

This is another set of faux amis where the words have very different meanings and connotations. In English, someone who is fastidious is very attentive to and concerned about accuracy and detail. This is in contrast to the French fastidieux, which means “boring, dull, or tedious.”

These false friends have approximately the same meaning but slightly different uses. The French grand can mean “great” in the sense of the English word. Yet, it can also simply mean large in size, in the sense that something or someone is big, high, tall, or wide.

The French idéologie technically has the same meaning as the English ideology. In practice, however, the idéologie is normally used as a pejorative to indicate that an ideology is false or illogical.

These adjectives have totally different meanings. The French Jolie means “pretty,” and the English jolly means “happy and cheerful.” If you want to say that someone is jolly in French, use gai or jovial.

In modern English, terrible means “extremely bad or serious.” In French, however, terrible does not necessarily have a negative connotation. While terrible can be used this way, it can just as easily be used to mean “great, outrageous, or tremendous.” The difference can be difficult for non-native speakers to detect because the precise meaning of terrible depends largely on the tone it is spoken in and the context in which it is used.